Development of a microsimulation model for Railway Line no. 132

The microsimulation model is developed as part of the project ’Compiling pre-designing documentation for the project “Improvement of parameters of Line no. 132 along the section Bytom Bobrek – Opole Groszowice”, including upgrading of the Opole railway hub, and building the line Pyskowice Miasto – Pyskowice’.

The objective of the project is to analyse and propose some alternative solutions aimed at improving passenger and freight transport conditions at Railway Line no. 132 along the section Katowice – Gliwice – Kędzierzyn Koźle – Opole and to submit a proposal on how to reconstruct the railway connection to the centre of Pyskowice.

Conclusions obtained from microsimulation models within the project will permit us to identify overloaded or insufficiently used fragments of the infrastructure. This will allow us to design such intervention in the existing infrastructure that makes it possible to implement the planned train timetable, i.e. the optimal frequency of train traffic and train transit duration on the particular sections of the line.

The biggest challenge for the project is to select appropriate solutions for the Opole railway hub and to determine the routing of the railway line to the centre of Pyskowice. The proposed solution variants and their combinations are primarily assessed from the functional point of view, and they are targeted at realistically achieving project objectives to assure palpable benefits for our passengers. 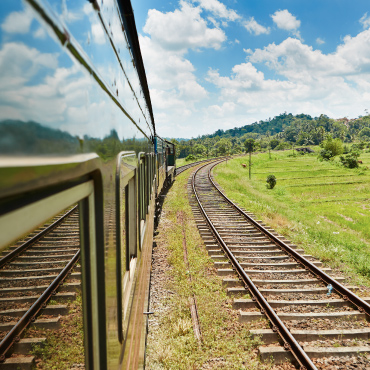 Zobacz projekt
© 2022 International Transport Consulting
Wróć do góry
We use cookies on our website to give you the most relevant experience by remembering your preferences and repeat visits. By clicking “Accept All”, you consent to the use of ALL the cookies. However, you may visit "Cookie Settings" to provide a controlled consent.
SettingsZaakceptuj wszystkie
Manage consent

This website uses cookies to improve your experience while you navigate through the website. Out of these, the cookies that are categorized as necessary are stored on your browser as they are essential for the working of basic functionalities of the website. We also use third-party cookies that help us analyze and understand how you use this website. These cookies will be stored in your browser only with your consent. You also have the option to opt-out of these cookies. But opting out of some of these cookies may affect your browsing experience.
SAVE & ACCEPT