Anwil S.A. seated in Włocławek is one of the biggest chemical companies in Poland. Its logistics back-up facilities, which provide for raw material supply and finished product shipments to Anwil’s customers, include among other things, the company’s railway siding. Anwil’s railway siding consists of almost 100 railway line sections of a total length of approx. 25 km.

In order to increase railway siding capacity, and in connection with plans to extend railway siding track infrastructure, 3 concept variants to upgrade railway traffic control facilities have been developed for two districts.

The scope of works covered, inter alia:
1) Compiling schematic plans for the existing situation and target variant solutions, including those added to orthophoto maps obtained from drone operated test flights
2) Making arrangements with carriers and the PKP PLK S.A. infrastructure administrator
3) Adopting expansion cost estimates for the particular variants
4) Analysis of the so-called visibility triangles at three level crossings situated at the railway siding, based upon drone photos

By using a drone to acquire photos, films and numerical data from the point cloud, it was possible to shorten and improve the work, and to prepare the materials in an easy-to-use format, also for the customer’s employees who do not operate the railway siding in their daily work.

All the plans, calculations, and orthophoto maps compiled will serve as a basis for the Ordering Party to take further investment decisions. 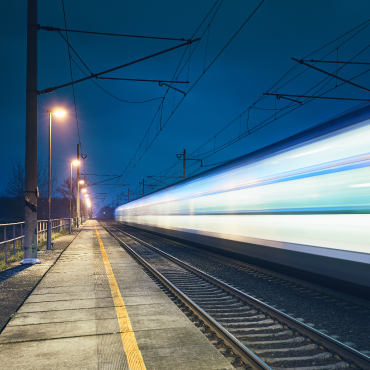 Development of a microsimulation model for Railway Line no. 132

Zobacz projekt
© 2022 International Transport Consulting
Wróć do góry
We use cookies on our website to give you the most relevant experience by remembering your preferences and repeat visits. By clicking “Accept All”, you consent to the use of ALL the cookies. However, you may visit "Cookie Settings" to provide a controlled consent.
SettingsZaakceptuj wszystkie
Manage consent

This website uses cookies to improve your experience while you navigate through the website. Out of these, the cookies that are categorized as necessary are stored on your browser as they are essential for the working of basic functionalities of the website. We also use third-party cookies that help us analyze and understand how you use this website. These cookies will be stored in your browser only with your consent. You also have the option to opt-out of these cookies. But opting out of some of these cookies may affect your browsing experience.
SAVE & ACCEPT